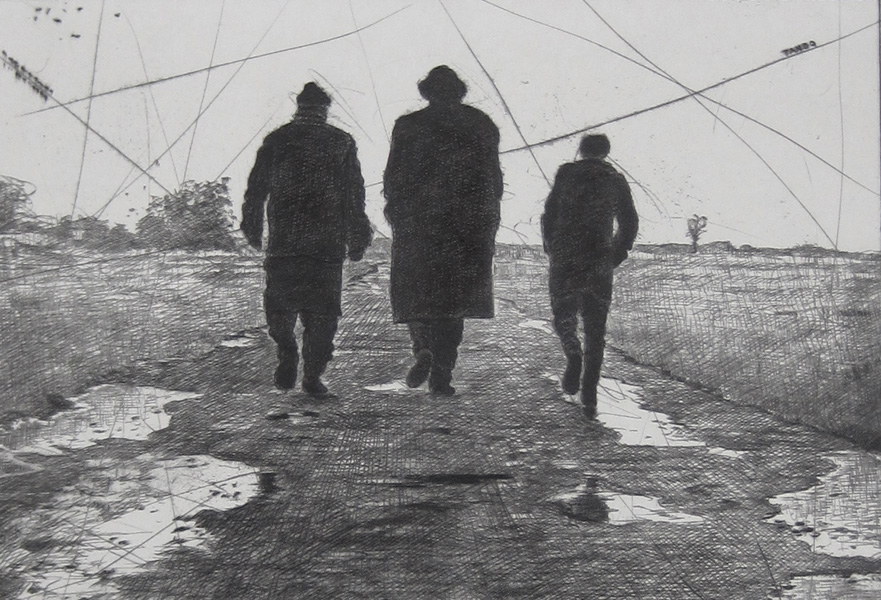 b. 1953 in Uppsala, resident in Stockholm
Printmaker and painter.

He has had a large number of exhibitions in Sweden and abroad. For his black and white prints, in the technique drypoint, he has recieved many international awards, among them in Canada (Toronto and Montreal), Poland, China, Romania, Serbia, Spain and Japan. In Sweden he has recieved the Karlskoga Nobel Art Award 2001, the Swedish Printmakers Associatons Eric Wessel-Fougstedts Scholarship 2004 and together with the cultural journalist Karl Haskel, honorary scholarship from the Nils G. Stenqvists Memorial Fund 2009. In 2015 he received the title of Doctoris Honoris Causa at the Eugeniusz Geppert Academy of Art and Design in Wroclaw Poland. 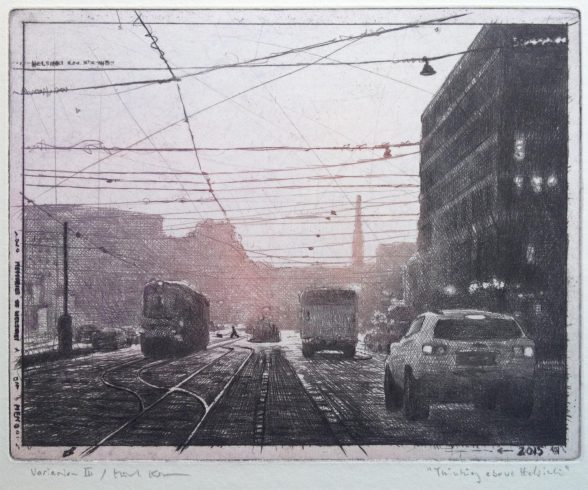 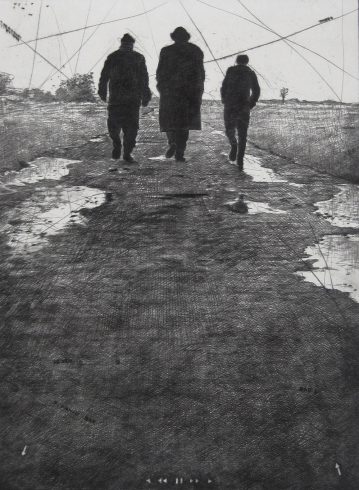 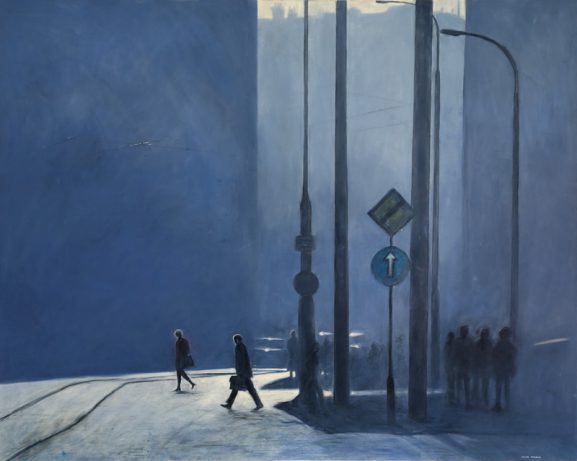 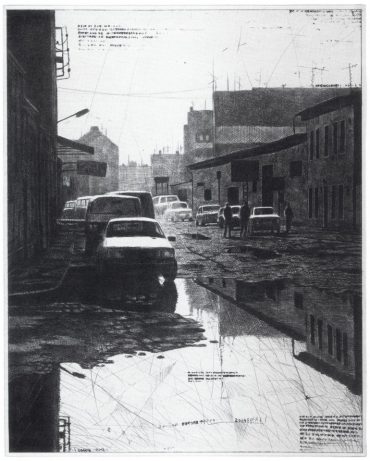 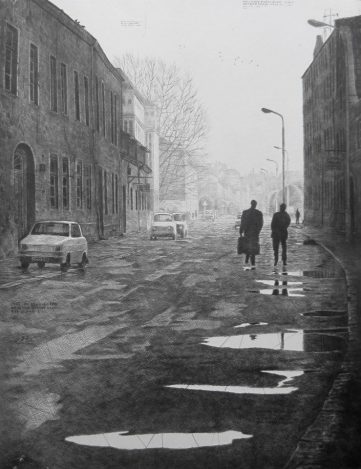 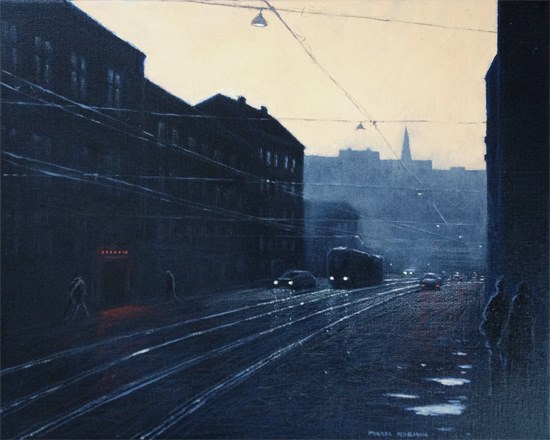 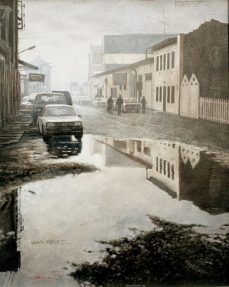 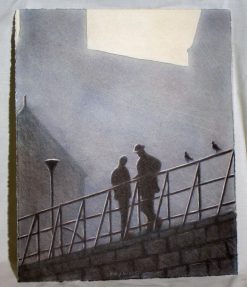 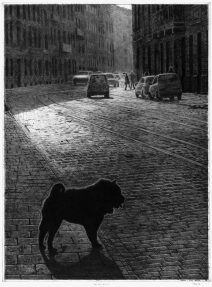 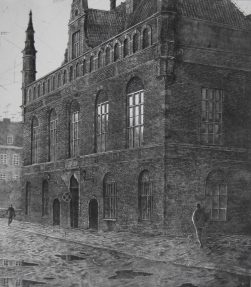 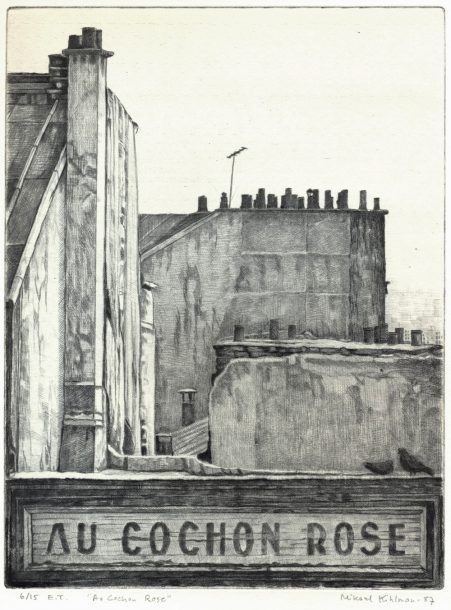 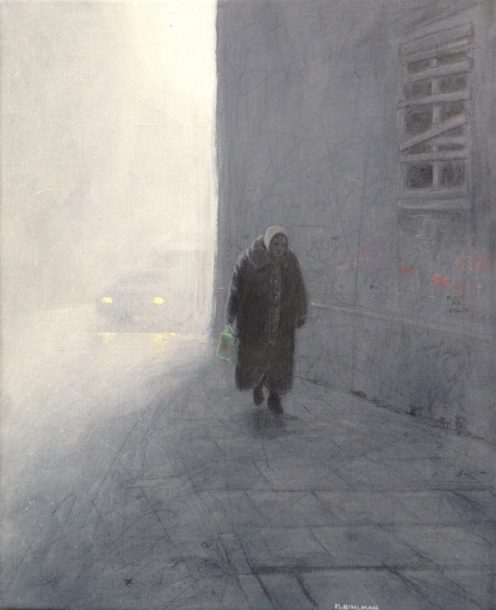 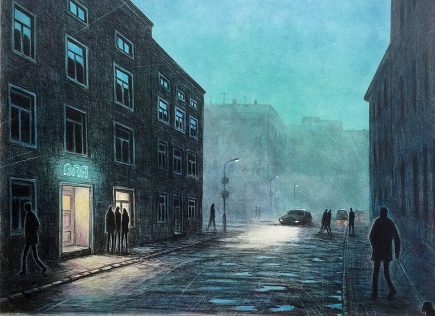 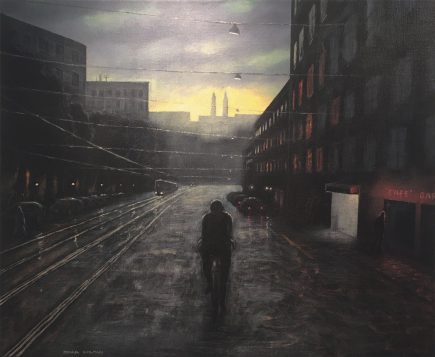 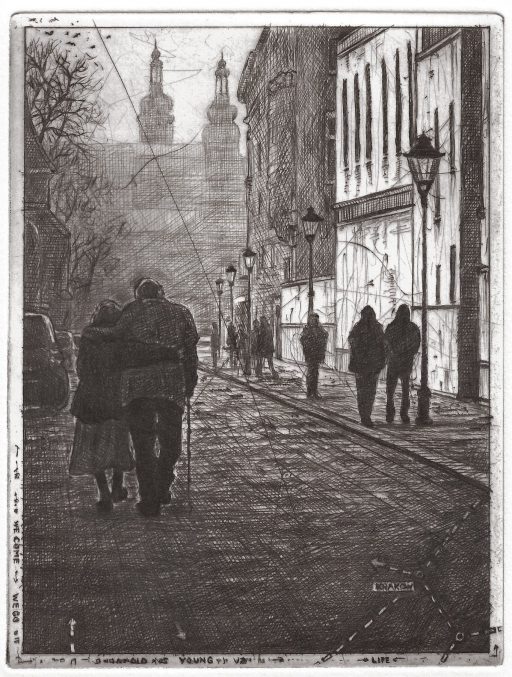 Listening to Charlie Parr and a song of his that has the same name as my Bar in the painting I just finished. The bar has been with me for some time, the song I just discovered. From his latest album Dog.